When you are fishing a monthly kayak bass fishing challenge, you have to fish Frank O Williamson Lake. Nestled inside Savannah City Limits, this little lake is operated by Chatham County Parks and Recreation. You can also read here about some other places in and near Savannah to bass fish.

When looking at this aerial view the parking lot will be to your left. You must access it through a smaller gate. Just a short drag of my kayak and just like that it was off to fishing.

Finding a spot to launch was a little weird because this lake does not have a boat ramp. With a kayak, you really do not need a boat ramp.

Grabbing the paddle, I paddled a short distance and decided to start the day off using a Z-man Chatterbait with a goat trailer. The color of choice was black and blue for the much-stained water in this lake.

Explosion on the Water

Making several cast into the grass edges and reeling the Z-Man Chaterbiat as slow as I could. Making the fourth cast to the grass line and all of a sudden an explosion happen. not even reeling one full crank it was fish on. Fighting this fish felt like a small tank in the water. Making a few runs to try and escape the net, the fish was bigger than I thought. After a few minutes that felt like a century, the fish was in the net. it was a great start to the morning with 19.00-inch largemouth bass.

The reason why we kayakers are always referring to inches is because of the CPR Method. Fish are measured on a KETCH Board, photographed with an identifier, and then released.

For the next couple of hours, the fish became very uncooperative. Until I saw a small pipe leading into a canal. The water was running out of the lake into the pipe. As everyone knows after the summer sun gets up in Georgia it gets HOT! Having listened to many YouTube Videos from Gene “FLUKEMASTER” Jensen, bass love to be in cooler and oxygenated water. Seeing this pipe and the way the water was running out of it I knew it was the place.

RIgging a Z-Man Turbo Craw on a Pro Bulletz 3/8 ounce was my plan. Making the fist cast next to the pipe and it was game on. Just as I thought the fish was next to the pipe. Sitting in the same spot for the next hour, I was able to get my limit of five fish. leaving that spot to check another pipe that I saw gave me a great feeling for the day. Paddling to the next location I checked to see how many inches I had on the Tourney X Leaderboard. A whopping 83.50 inches it was.

Paddling back toward the area I launched from was a second pipe. This pipe has water running from the adjacent sports complex. Casting the turbo craw straight at the pipe as my objective. Perfect cast it was. Bumping the craw off the bottom onto a ledge and BAM, it was fish on again. It was game on again in this spot. I ended culling several fish from this pipe.

Robert Reid and Ed Wolfe joined me for day two. After launching our kayaks, I immediately went back to the areas I caught fish the day before. Grabbing the turbo craw once again and made a cast to the first pipe and BAM fish was on. After fishing there a few minutes I decided to go back to the rear pipe. After making several casts it looked as if the fish was not there. Casting a final time, BAM it was a 17.25 inch. Enough to cull out one of my smaller fish.

As the morning went on, the heat continued to rise. Heat and bass fishing does not mix here in Southeast Georgia. I called it a day and headed back home. The last two days of fishing landed me currently in 5th place with 87.50 inches. With the month of July just half over, I will be able to catch some bigger ones to help my cause.

Thank you for reading my blog and make sure you subscribe as well. 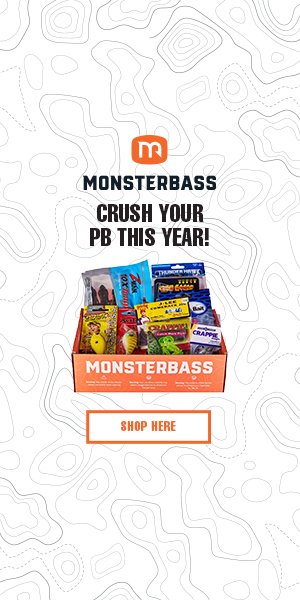